Like many hunters, Cary had a target buck for his 2012 season. With trail camera pictures proving the buck was nocturnal, he knew the Rut would be his best chance to take this deer.

On the morning of October 31st Cary spotted a buck in the distance tending a doe. For more than three hours they move closer, just a few feet at a time. At this point Cary realized if the two deer continued on their same path they would pass him at 60 yards away. Knowing he had a stand 15 yards closer to their trail he packed his gear and started to lower his bow. He suddenly looked up and caught movement, the buck had left the doe and was just 60 yards away heading his direction.  Cary slowly untied his bow, knocked an arrow and put a perfect shot on the deer!

With over 35 years of hunting under his belt this is Cary's best duck to date! The deer has 14 scorable points and measured just over 187".

Congratulations Cary! Thanks for the awesome story! 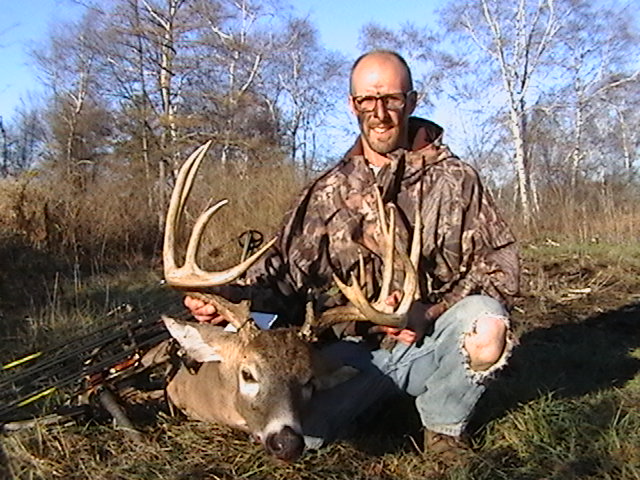